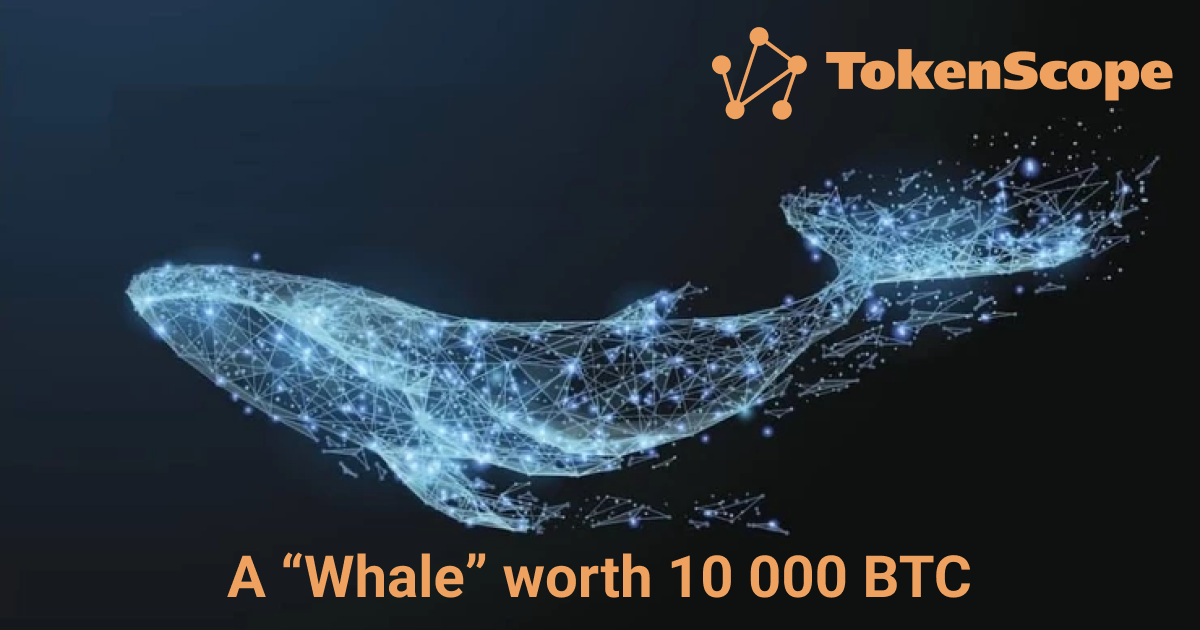 According to the TokenScope crypto transactions tracking platform, we tried to trace and detect the origin and time of the "whale" deposit at the Coinbase exchange. The transaction published by Whale Alert d325c068a7db02552720200ed78c0728317afe915d8a5797aad8b7653c731982 describes a 10 000 BTC top-up to the exchange wallet bc1qnn2hhxnn4mfcpuh8ggyv8yua8mlu27rmkn87 that was carried out on April 8, 2022. The receipt of funds to the address bc1qnn2hhxnn4mfcpuh8ggyv8yua8mlu27rmkn87 occurred on April 1, 2022 from the address bc1qkexcvmd6j3pm7zk789ccuy6fl9w29ru989fr97. The TokenScope platform’s graph listed below shows the movement of funds. 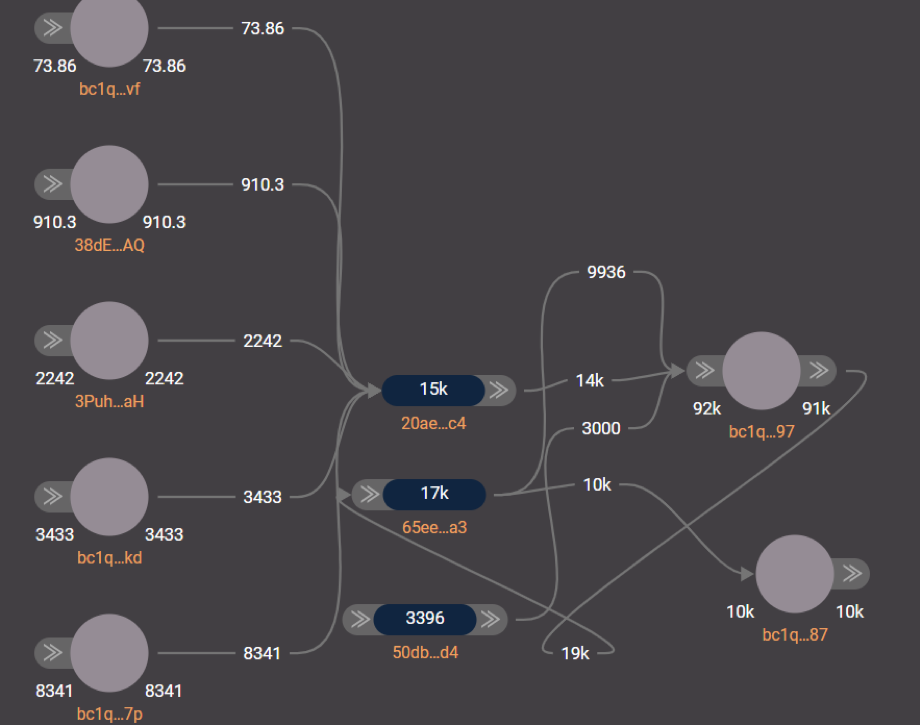 https://tokenscope.com/graph/whale/on/10000/BTC Following further the addresses of the graph, we can observe the peer-chains that have more than 50 transactions, each address of the chain is disposable and created for only a single transaction.

After tracing the chains of transactions we can state that on February 5, 2022 the peer-to-peer chain breaks up into several more chains, the study of which leads to the top-up address 1F3Cpgben5uRAMptnPRL9coAbKp9YmWqfb (current balance is 1 191 BTC). Transaction analysis of the address 1F3Cpgben5uRAMptnPRL9coAbKp9YmWqfb shows that on November 16, 2021 the address was replenished by a transaction 49a4350ce53909dae320c5035101b31d27674afce469fdf724576aca4cd798e0 for 9 999 BTC from Bitfinex exchange addresses:

Thus, the ways the funds were redistributed from Hong Kong's Bitfinex exchange to the U.S. exchange Coinbase may indicate either the laundering of funds from illegal activities, or funds transferring caused by political processes taking place in the world.

How to check tokens for scam

How to avoid crypto scam