What happened to the FTX exchange? 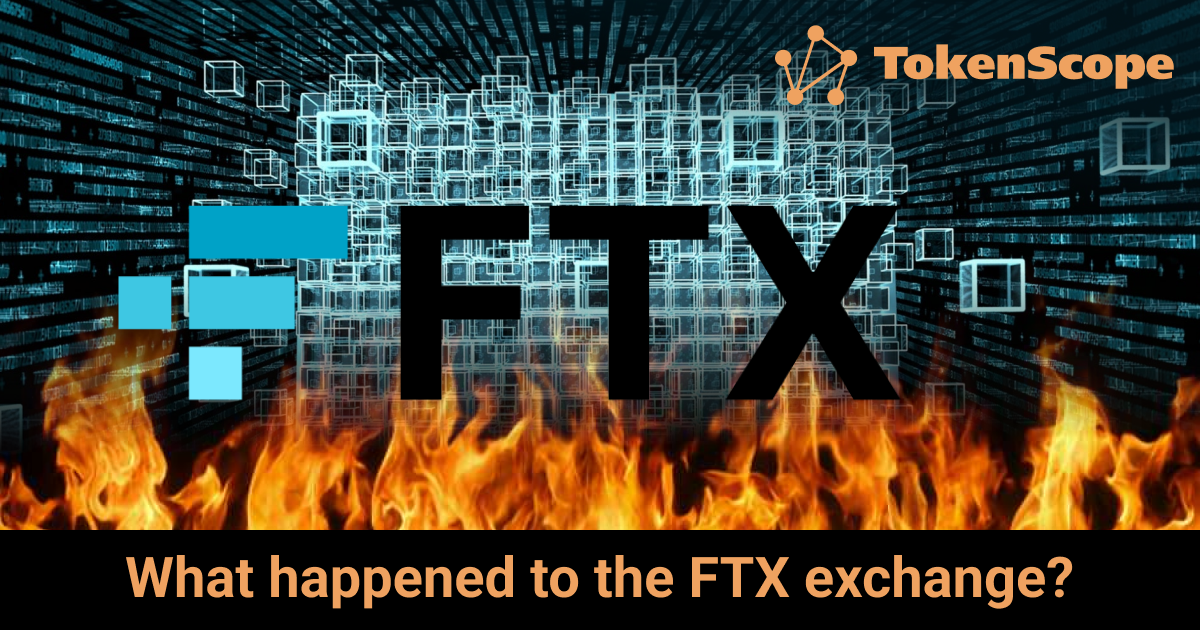 On November 2, CoinDesk revealed information about suspicious transactions between FTX and Alameda Research, and also suggested that Alameda may be insolvent.

FTX is a crypto exchange owned by US-billionaire Sam Bankman-Fried same as Alameda Research which is his trading firm. It turned out that Alameda's balance sheet is full of FTX's utility token – FTT issued by the exchange that grants holders a discount on trading fees on its marketplace.

Alameda Research is a huge trading firm which assets amounted to $14.6 billion. Its single biggest asset: $3.66 billion of «unlocked FTT». The third-largest entry on the assets side of the accounting ledger is a $2.16 billion pile of «FTT collateral». There are more FTX tokens among its $8 billion of liabilities: $292 million of «locked FTT». All this means that the majority of Alameda 's assets are the FTX exchange-printed tokens, issued by the same party.

On November 6, Changpeng Zhao, CEO of the largest exchange Binance, which also owned a large amount of FTT, announced plans to exit this asset. The head of Binance stated his unwillingness to support people who are engaged in market manipulation. It is also notable that the price of the FTT token was falling in 2022 from $60 to $25 by the beginning of the drama.

After Changpeng Zhao's statement, Alameda Research offered a buyback of all Binance-owned tokens at a price of $22, but Binance refused. In this regard, the price of FTT, according to CoinMarketCap, fell to $15 dollars. Selling-out of other cryptocurrencies has continued, as market participants probably assumed that Alameda would start selling off its assets in BTC and ETH to get cash.

At the same time, information appeared that FTX 's assets were also partially backed by its own FTT token, which intensified the sell-off in the cryptocurrency market.

On November 7, FTX suspended funds withdrawal. Large outflows of funds from FTX wallets in ETH were found, with over $400 million worth of assets withdrawn from it’s wallets.

On November 8, Bankman-Fried and Changpeng Zhao announced that a nonbinding agreement had been reached for Binance to acquire FTX. Binance continued to review FTX assets and announced that a final decision will be made in the near future. On this news, the cost of the FTT token rose back to $20.

Meanwhile, market participants fear that antitrust regulators such as US Federal Trade Commission may block merging of the two largest crypto exchanges in the world.

On November 10, Binance announced it might pull out of the deal as FTX has a much bigger asset problem than it suspected. Same day Bloomberg reported that the US SEC and CFTC have started the investigation of FTX and Alameda ties. Following this news, the cryptocurrency sell-off continued, with Bitcoin dropping below $17,000 and FTT below $5.

In addition, Semafor reported, citing people familiar with the matter, that the majority of FTX's legal and compliance team quit on Tuesday.

We believe that regardless of whether the deal for Binance 's acquisition of the FTX exchange goes through, this story may cause serious consequences, like the previous crisis associated with the collapse of the project Terra/LUNA. Unpleasant consequences are also likely for Sam Bankman-Fried himself same as happened to Terra founder Do Kwon.

At the same time, the problem of assets, the value of which is drawn from the air, has long been known. Back in 2008, the financial crisis began with the bankruptcy of the largest US mortgage companies, Fannie Mae and Freddie Mac, who also kept low-quality and, as it turned out, especially unsecured derivatives on their balance sheets. This situation is not much different. Regulators will find out whether a crime has been committed.

After the collapse of Terra, world’s financial watchdogs began to develop a legal framework for stablecoins. We are sure that after this crisis ends, the new question will arise whether to regulate and verify the security of assets of cryptocurrency exchanges, as it happens with traditional financial institutions.