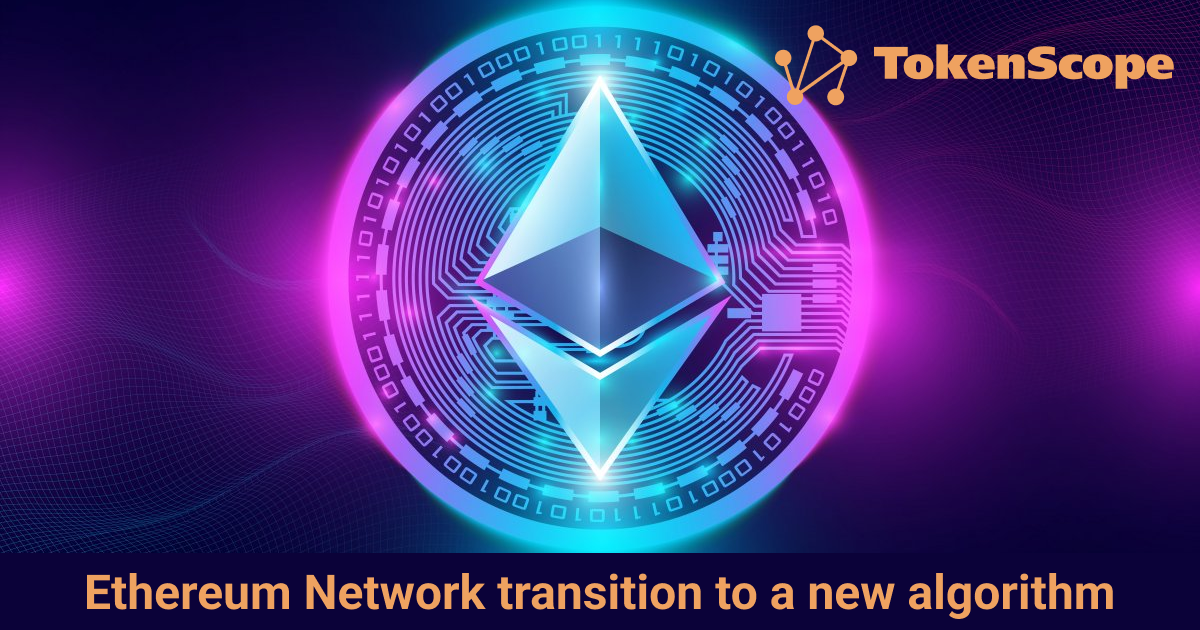 What we're talking about

The expected upgrade of the Ethereum core network should be the culmination of a long modernization journey that will result in the transition from the Proof-of-Work-based transaction confirmation algorithm to the Proof-of-Stake algorithm. To put it as simply as possible, if now you need to have a lot of computing power to get rewards for confirming transactions in ETH network (mining), then with the new upgrade you will need to have a deposit in the network's coin to get rewards. The more money deposited, the higher the chance of receiving the reward.

The relevance of the topic is due to the following factors:

To begin with, in theory, the transition to the new algorithm should increase the speed of transaction processing in the network. However, as noted by the Ethereum Foundation, most likely for the average user this increase will not be noticeable. To achieve the 100 000 transactions per second, the Ethereum creator Vitalik Buterin often talks about, the network will have to go through another dozen updates. Also, this update will eventually reduce the cost of transactions in the network (gas fee), but, like in the previous case, it is a matter of quite a distant future. Finally, the transition to Proof-of-Stake model cancels the need to perform a huge amount of calculations to maintain the network, which will reduce the amount of electricity used for mining and, consequently, the carbon footprint of cryptocurrency transactions.

Another consequence of the transition should be a reduction in the number of new coins in the network. According to some estimates, the number of newly created coins will decrease by more than 80% from the current levels. Thus, Ethereum could become the largest deflationary cryptocurrency.

And now for something that worries many: one of the biggest concerns about the transition from one model to another is the threat of Ethereum's decentralization level. Any decentralization is one of the cornerstones of the blockchain philosophy itself, that is why this threat is perceived very painfully. In the current Proof-of-Work model, any participant could join the transaction validation process, and that is what ensured decentralization. In the Proof-of-Stake model proposed in the update, there is a certain minimum threshold on the size of the deposit to become a transaction validator (currently 32 ETH), which limits the range of people who can join the process. Moreover, critics of the update point out that more than half of the coins are distributed among the three largest holders: Lido, Coinbase and Kraken, with more than 30% of coins concentrated only in Lido Finance. So, with the release of the update, this trio could gain control over the validation of more than half of the transactions on the network. And despite Vitalik Buterin's statements about potential creation of "punishment" mechanisms for "dishonest" validators and test results which show that the total number of validators will be more than 400 000, users are not less skeptical about it.

Another negative factor is that the funds of "validators" deposited in the network at the moment of the update will be blocked. And the blocking period, according to some estimates, may be from 6 to 12 months after the update, which is quite significant.

In addition to the above, skeptics point to a potential vulnerability in the MEV and MEV-Boost procedures. In brief, these procedures allow "validators" to outsource some of the block generation and validation procedures on the network to third parties and organizations. In this case, despite the fact that the "validator" will bear full responsibility for the work of these persons, including financial responsibility, it would be at least presumptuous to rule out the possibility of incorrect work and possibly malicious actions on the part of such "contractors".

If you are a professional player in the crypto market, you have probably already made your decision and are able to assess the consequences of this update. If you are a regular user who is not involved in mining, you should probably heed the Ethereum Foundation's statements: "Any funds stored in your wallet before the update will remain available after the update. No action on your part is required." "As we get closer to upgrading the Ethereum core network, you should be especially careful and cautious, as scammers will surely try to take the advantage of this moment."

Based on our experience, we could outline the following risks:

Due to the fact that "megavalidators" are expected to appear in Ethereum blockchain, controlling the processing of a significant part of transactions, this will surely attract the attention of various regulators. Thus, the temptations of selective enforcement and/or tacit interference with the transactions of individuals, organizations, and possibly states, are certain to arise.

If in the previous risk groups we considered some potential risks, here we have almost no doubts: in the near future we will probably see the projects raising funds for collective steak-mining, as well as projects using more intricate legends, such as those exploiting the green agenda, deflationary models or any other probably exclusive features associated with the transition to a new model of transaction confirmation. One thing these projects have in common: at some point, the creators will stop responding to customer inquiries and the site will be unavailable.

We continue to monitor the development of the situation.

New Features of the TokenScope Platform