Crypto regulation in the world: The summary of the year. What we got in crypto this year. 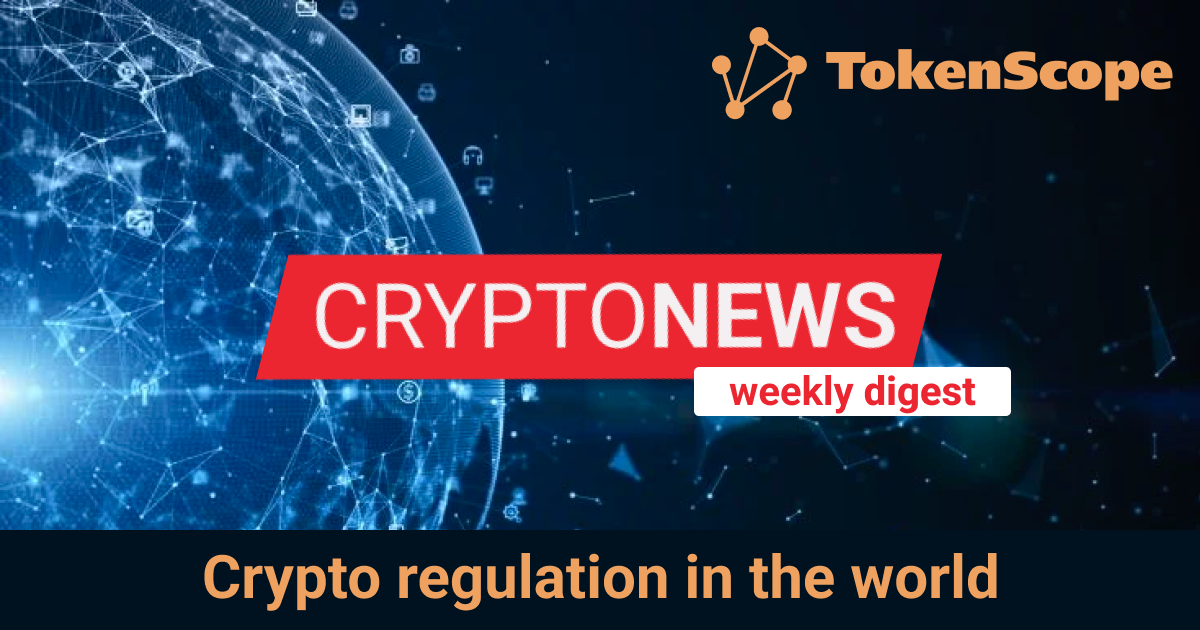 The collapse of the Terra (LUNA)

It is important to start with this case, since we can now say with confidence that it was the crisis that started the year’s 2022 crypto winter. Despite some forecasts of crypto optimists, we believe that in 2023 the capitalization of the crypto market will not give any X's, and there are several good reasons for this, which we are going to discuss below.

Millions of users and institutions has suffered from the collapse of the Terra ecosystem, its LUNA token and algorithmic stablecoin (UST). The assets in amount of $60 billion or more has depreciated in just a few days.

In the beginning of 2022 capitalization of LUNA at its peak reached $81 billion as the coin has been listed on the largest cryptocurrency exchanges and has been considered as promising and reliable.

But in early May, due to the actions of still unknown market players, the price of LUNA began to plummet and the UST stablecoin lost its peg to the US dollar. The subsequent panic outflow of funds provoked the collapse of the entire ecosystem. The sell-out of assets associated with Terra led to an exodus of investors from cryptocurrencies. Bitcoin collapsed by 50% in two waves of sales, and other cryptocurrencies followed. The capitalization of the entire crypto market has dropped to just over $1 trillion.

A further drawdown of the crypto market occurred after the collapse of the American crypto exchange FTX, but until that moment, both Bitcoin and other cryptocurrencies remained sideways, as the buyers clearly lacked strength, due to a decrease in interest from market makers.

As the conclusion we can point out that the collapse of Terra was the most significant event for the crypto industry, its development and regulation.

The collapse of the FTX exchange

The bankruptcy of one of the world's largest crypto exchanges, as well as the collapse of Terra, forced the crypto community and regulators to take a new look at centralized exchanges.

The crisis has shown that for the world of crypto finances same rules as are in traditional finances may apply, and those mistakes that have long been passed in the banking or investment sector for crypto companies may still be ahead.

By the way, according to several experts, the borrowed funds that brought down LUNA and UST were taken by Terraform Labs from Alameda Research. It is still premature to make an unambiguous conclusion that the creators of the LUNA and FTX project are involved in the targeted collapse of the coin, however, this information, of course, may be taken into account. Anyway, Terra’s founder Do Kwon is hiding in, and FTX management is already under arrest.

As a result of bridge breaches, such as Axie Infinity Ronin Bridge, BSC Token Hub, Nomad, Harmony Horizon Bridge and some others a record amount of over $2 billion were stolen. This is 60% more than last year.

Moreover, as far as some of significant hacks occurred during the bear market, when the value of most coins were down, the potential damage is even greater.

Transition Ethereum on PoS and the ESG agenda

In October, the world’s second blockchain switched from the Proof of Work to the Work on Proof of Stake algorithm. Since then, the right to add a transaction in the Ethereum network has been given to the participant whose account holds (stake) a certain number of coins.

Ethereum consensus algorithm has been discussed by the crypto community for a long time, and it has been pointed out that one of the advantages of the transition was greater energy efficiency of the PoS algorithm.

In general, in the past year, politicians in many countries of the world began to ask questions about the environmental friendliness of mining. The EU even proposed to ban Bitcoin mining, fortunately the initiative was not supported. At the same time, in the US state of New York, it has been banned. Same way in Uzbekistan, according to the new mining law, mining is allowed only on solar energy.

The US authorities’ efforts to decriminalize the cryptocurrency market

In early May, the German Federal Criminal Police (together with the FBI and the intelligence services of several other countries) seized the German servers of the Hydra dark market and confiscated 543 BTC (at the time of the seizure, this was equivalent to 23 million EUR).

According to German law enforcement, the darknet marketplace users included about 17 million customers and more than 19,000 merchants. According to various studies, Hydra accounted for almost 8 % of all Darknet revenue in 2020 , at least 1.23 billion euros.

For assisting in money laundering stolen by North Korean hackers Lazarus Group was sanctioned by the OFAC one of the most popular crypto mixers Blender.io. According to the US Treasury, it assisted in laundering an amount of $620 million stolen from the Axie Infinity blockchain project.

Later in August, the sanctions list was replenished with 44 ETH/USDT addresses of the popular Tornado Cash crypto mixer. The US Treasury Department accused Tornado Cash of laundering more than $455 million for the North Korean hacker group Lazarus Group.

In 2022 the cryptocurrency ecosystems has attracted the attention of regulators in many countries, which can be attributed to their concern about the loss of citizens and the economy in connection with the bankruptcies of Terra and FTX .

The US SEC and CFTC are continuing to argue about their role in regulating the industry, as well as whether cryptocurrencies can be classified as commodities or securities. The point in this dispute, obviously, will have to be put in the following year.

Even the UN has taken care of the risks associated with cryptocurrencies and their impact on the global economy. The organization has released a series of reports dedicated to digital assets. Similar reports were prepared at various times by the G20 Financial Stability Board, the OSCE, the IMF and the Basel Committee on Banking Control.

As a trend, we can designate the changed approach of many regulators, who realized that the De-Fi market is too multifaceted to apply the methods tested in traditional finance to it. There has also been an increase in the intensity of efforts to limit the anonymous use of cryptocurrencies.